Cinnamon has a revered and prized standing throughout history, from being offered as gifts to royalty to moving global empires and economies. Ceylon cinnamon (Cinnamomum verum) or "true cinnamon" has been highly sought after for its superior health benefits, taste, and aroma and today locally produced dried cinnamon bark, ground cinnamon, and cinnamon oil extracts encapsulate the qualities that once allured traders from all corners of the world.

STAY Naturals brings you authentic Ceylon cinnamon in the form of cinnamon powder and cinnamon essential oil. Tap into the unmatched flavour, aroma and health benefits of this endemic spice. As a renowned cinnamon powder supplier, we work in close contact with local farmers who nurture these endemic crops.

Cinnamon is often used to flavour dishes, whether in a humble street hut or in the finest restaurant. Ceylon cinnamon is more than just a culinary spice – its world of health benefits from lowering blood sugar levels to assisting in managing diabetes as well as reducing other risks associated with heart disease is widely known and documented.

Cinnamon essential oil
Capturing the essence of Ceylon cinnamon in this natural oil which can be used in a variety of ways. 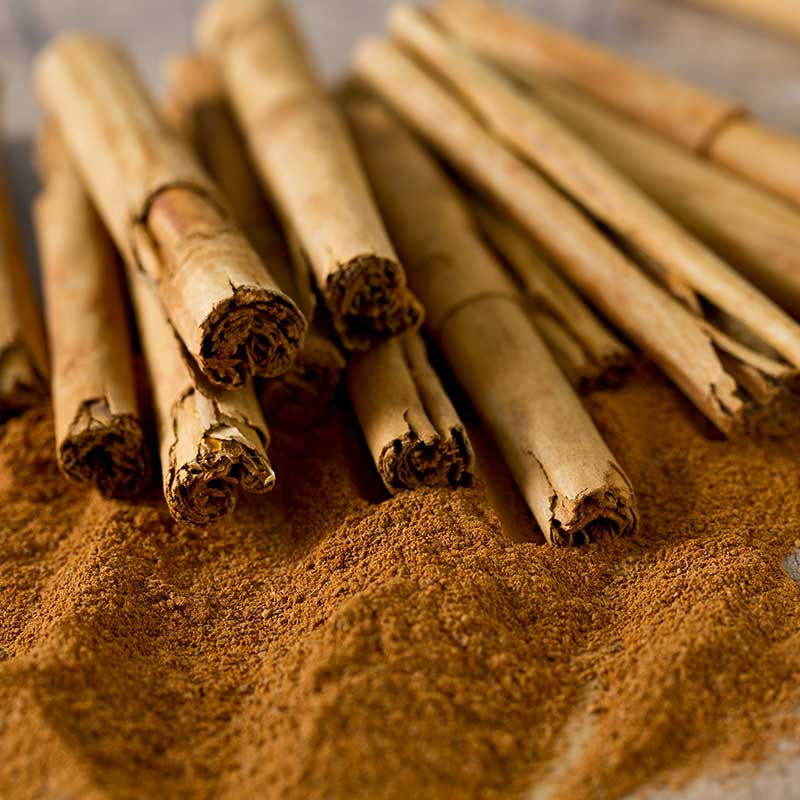